The catch coming into St Ives in the morning light. 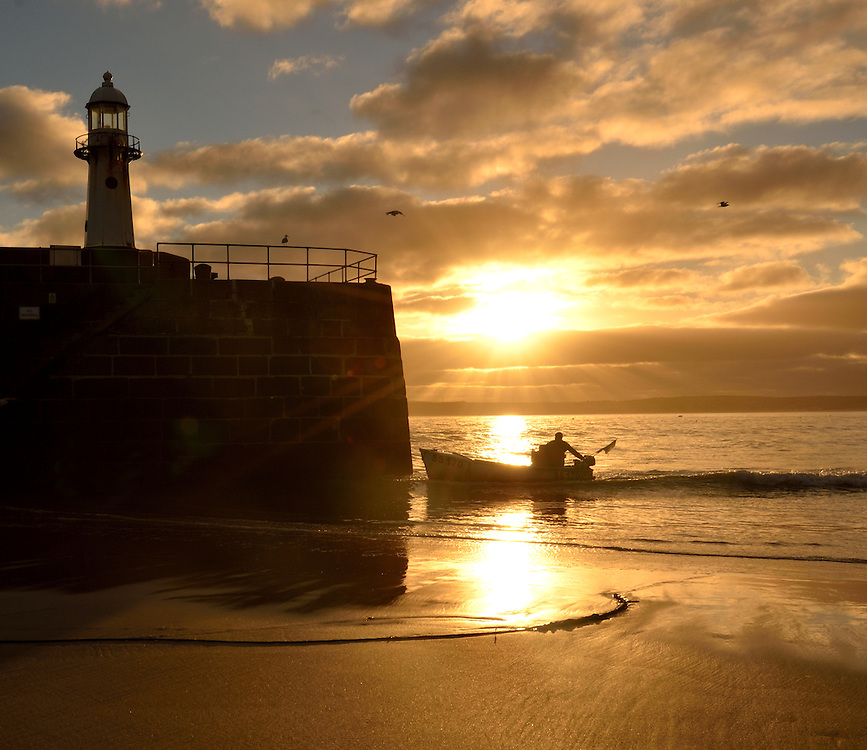