St Ives in a golden sunrise. 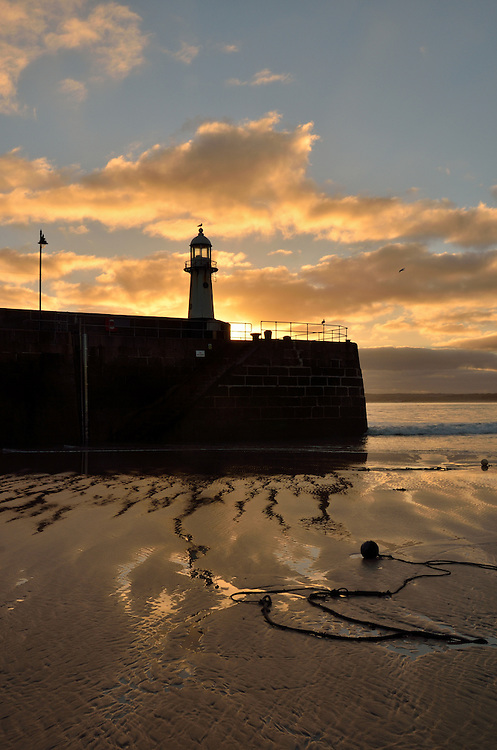