Mousehole (/ˈmaʊzəl/; Cornish: Porthenys) is a village and fishing port in Cornwall, England, United Kingdom. It is situated approximately 2.5 miles (4.0 km) south of Penzance on the shore of Mount's Bay.

Mousehole, along with Marazion, was until the 16th century one of the principal ports of Mount's Bay. Before its decline as a major commercial centre, Mousehole also had a number of fairs and markets, including the charter for a market on Tuesdays, with a fair for three days at the festival of St Barnabas, granted to Henry de Tyes in 1292.[2] Mousehole, like many communities in Mount's Bay, fell within the authority of the Manor of Alverton; all early charters, fairs etc. associated with Mousehole are associated with this manorial estate.

Mousehole, like Penzance, Newlyn, and Paul, was destroyed in the 1595 raid on Mount's Bay by Spaniard Carlos de Amésquita, the only surviving building being the 'Keigwin Arms', a local pub. Outside the Keigwin Arms (now a private residence) is a plaque with the wording "Squire Jenkyn Keigwin was killed here 23 July 1595 defending this house against the Spaniards". 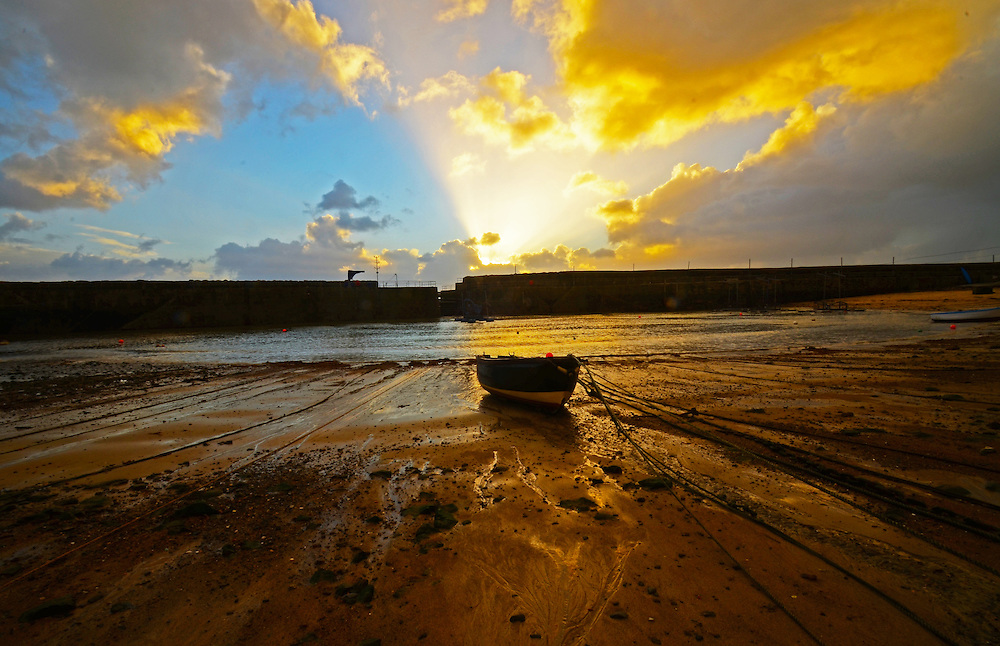