SAP EXTREME SAILING TEAM
(DEN)
Match racing experts and co-skippers Jes Gram-Hansen and Rasmus Køstner front the only Danish flagged team in the circuit, SAP Extreme Sailing Team. Backed by world-leading software and software-services provider SAP who is also the Series’ official Technical Partner, the team enters its fifth season in 2016. Securing a place on the podium in 2015, the team chases its ultimate goal of Series victory this year. Now in its tenth season in 2016, the award-winning and adrenaline-fueled global Series has given the sport of sailing a healthy dusting-off. Bringing the action to the public with Stadium Sailing, putting guests at the heart of the battle and dramatically increasing the pace on the water, the creators of the Extreme Sailing Series™ have set new standards, both in terms of high level competition and sporting entertainment. With a new fleet of hydro-foiling GC32s replacing the Extreme 40 for the 2016 season the Extreme Sailing Series™ looks set to be another fast-paced and thrilling year. 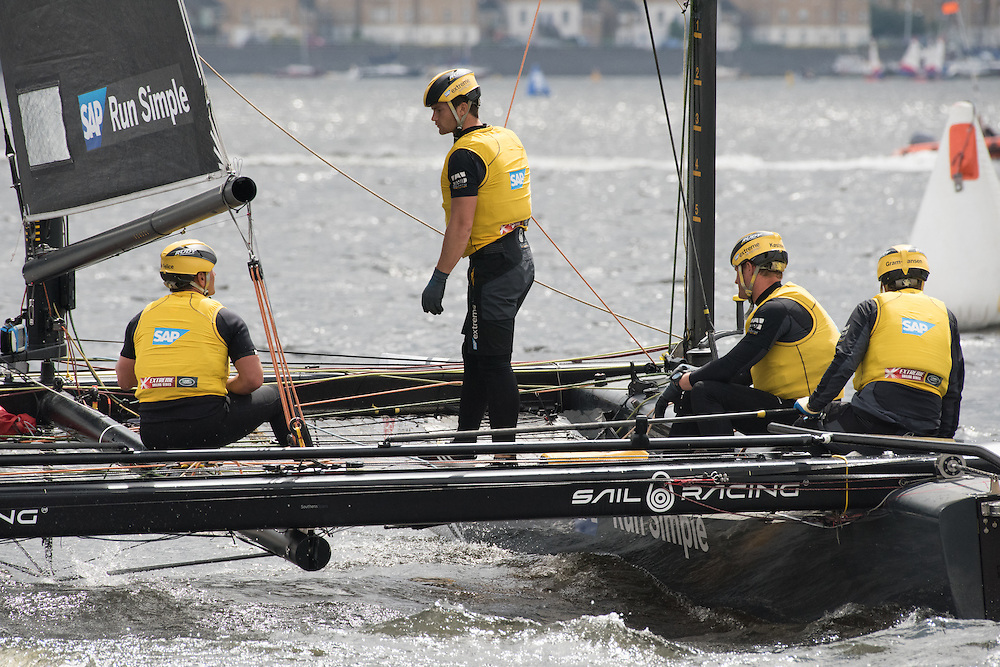