Sunrise over the back beach in St Ives, Cornwall. 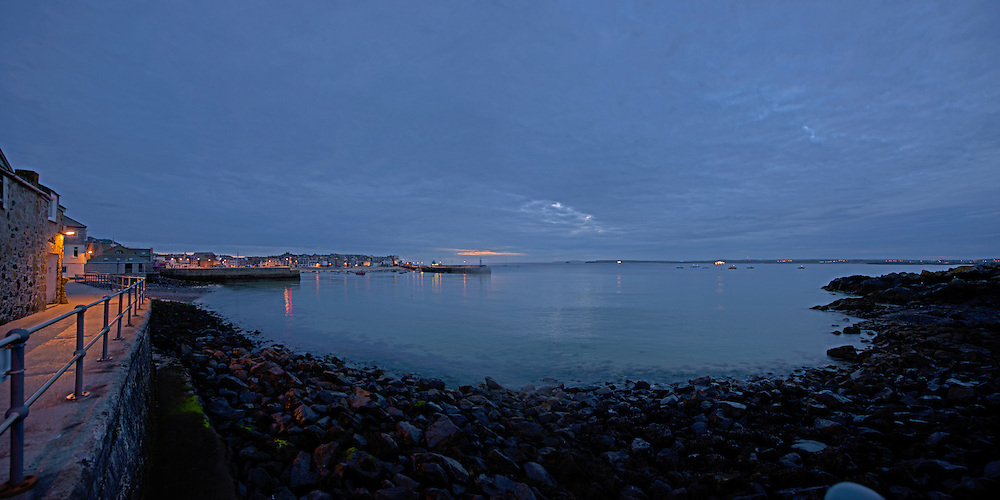