The cove has formed because there are bands of rock of alternating resistance running parallel to the shore (a concordant coastline). On the seaward side the clays and sands have been eroded away. A narrow (less than 30 metre) band of Portland limestone rocks forms the shoreline. Behind this is a narrow (less than 50 metres) band of slightly less resistant Purbeck limestone. Behind this are 300–350 metres of much less resistant clays and greensands (Wealden clays, Gault and Upper Greensand).

Forming the back of the cove is a 250 metre wide band of chalk, which is considerably more resistant than the clays and sands, but less resistant than the limestones. The entrance to the cove is a narrow gap in the limestone bands. This was formed by a combination of erosional processes from wave action and weathering. The wide part of the cove is where the weak clays and greensands have been eroded. At the back of the cove, the sea has been unable to erode the chalk as fast because chalk does not dissolve in the sea acids. 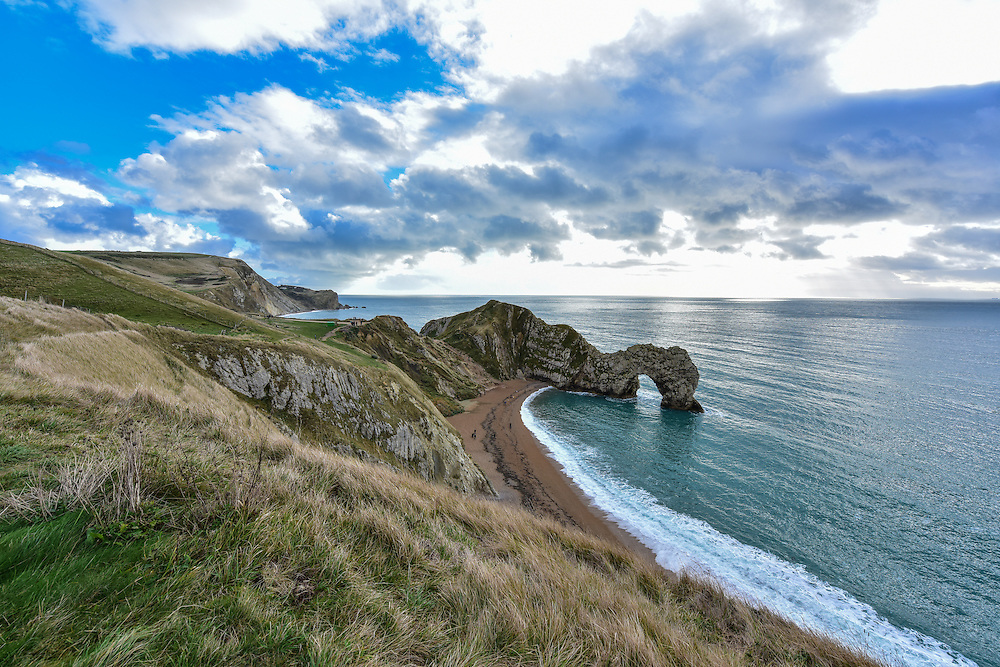