Mullion Cove or Porth Mellin is a small community on the west coast of the Lizard Peninsula in Cornwall, England. It is on the eastern side of the Mounts Bay. The Cove forms part of the parish of Mullion, and is accessible by road from Mullion village, 1 mile (1.6 km) away to the north east, and also by the popular South West coast path. It lies within an Area of Outstanding Natural Beauty (AONB) The Cove is 5 miles (8 km) south of Porthleven and 14 miles (23 km) southeast of Penzance by sea. It is 6 miles (9.7 km) south of Helston by land and 13 miles (21 km) southwest of Falmouth by land. In 1937 a 2-mile (3.2 km) stretch of the coast from Mullion Cove to Predannack was preserved for the nation with the help of the Council for the Preservation of Rural England (CPRE) and the National Trust. 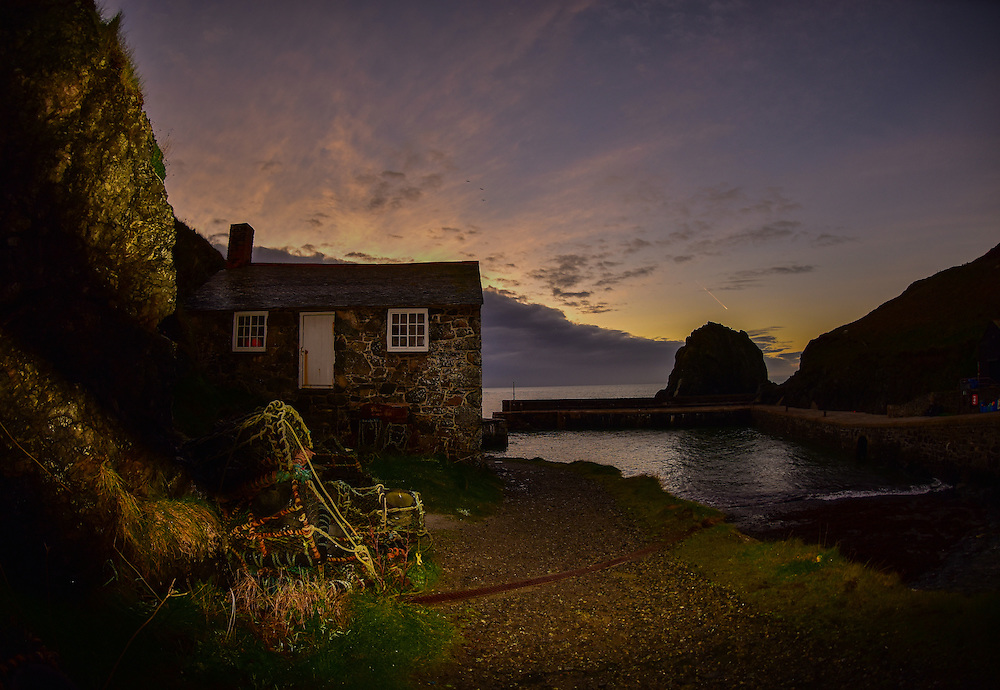