St Michael's Mount in a red sky as the sun sets over Cornwall.

St Michael's Mount (Cornish: Karrek Loos yn Koos, (Carrek Los yn Cos), meaning "hoar rock in woodland", also known colloquially by locals as simply the Mount is a small tidal island in Mount's Bay, Cornwall, United Kingdom. The island is a civil parish and is linked to the town of Marazion by a man-made causeway of granite setts, passable between mid-tide and low water. The population of this parish in 2011 was 35. It is managed by the National Trust, and the castle and chapel have been the home of the St Aubyn family since approximately 1650. The earliest buildings, on the summit, date to the 12th century, the harbour is 15th century and the village and summit buildings were rebuilt from 1860 to 1900, to give the island its current form.

Its Cornish language name — literally, "the grey rock in a wood" — may represent a folk memory of a time before Mount's Bay was flooded, indicating a description of the Mount set in woodland. Remains of trees have been seen at low tides following storms on the beach at Perranuthnoe, but radiocarbon dating established the submerging of the hazel wood at about 1700 BC.

Historically, St Michael's Mount was a Cornish counterpart of Mont Saint-Michel in Normandy, France (which shares the same tidal island characteristics and the same conical shape), when it was given to the Benedictines, religious order of Mont Saint-Michel, by Edward the Confessor in the 11th century.

St Michael's Mount is one of forty-three (unbridged) tidal islands that one can walk to from mainland Britain. Part of the island was designated as a Site of Special Scientific Interest in 1995 for its geology. 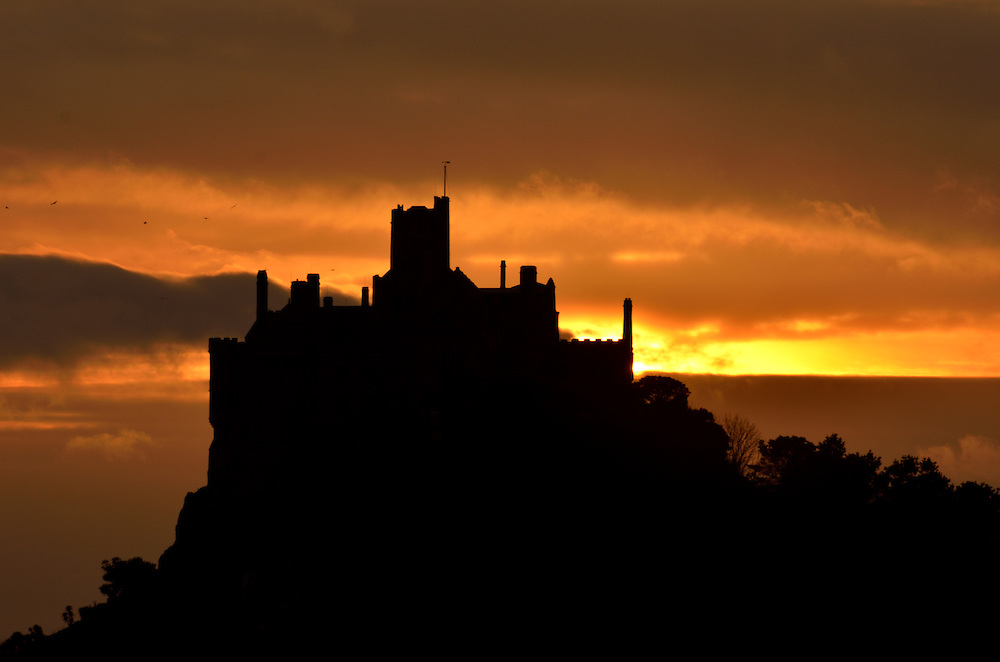