Another Place is a piece of modern sculpture by Sir Antony Gormley. It consists of 100 cast iron sculptures of the artist's own body, facing towards the sea.

After being displayed at several locations in Europe, it has become permanently located at Crosby Beach in northwestern England. The work was controversial in the local area due to issues such as possible economic gain or environmental damage from tourism. A meeting on 7 March 2007 by Sefton Council accepted proposals that would allow the sculptures to be kept permanently at Crosby Beach in place of being moved to New York. 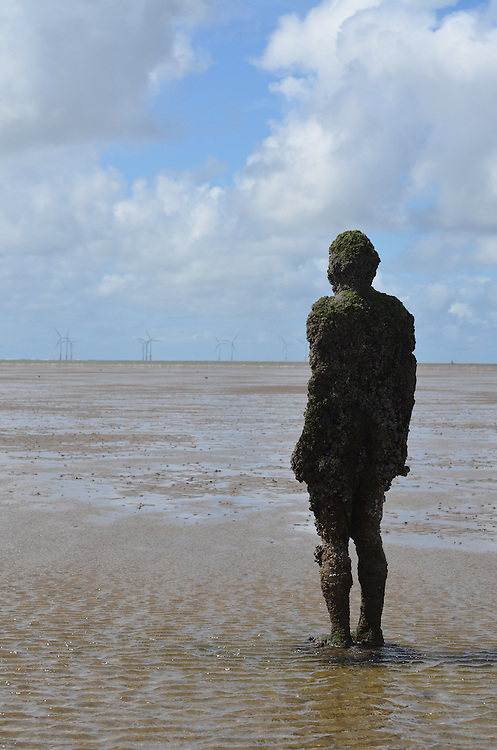