Chronos a 157 ft Staysail Ketch, and


Back in the 60s, classic yachts, which were gathered in English Harbour Antigua, had begun chartering and the captains and crews challenged each other to a race down to Guadeloupe and back to celebrate the end of the charter season. From this informal race, Antigua Race Week was formalised in 1967, and in those days all of the yachts were classics. As the years grew on, the classic yachts were slowly outnumbered but the faster sleeker modern racing yachts and 24 years later the Classic Class had diminished to a few boats and was abandoned in 1987. However this same year seven classic yachts turned out and were placed in Cruising Class 3 with the bare boats. The class was so unmatched that it was downright dangerous, so Captain Uli Pruesse hosted a meeting onboard Aschanti of Saba with several classic skippers and in 1988 the Antigua Classic Yacht Regatta was born, with seven boats. 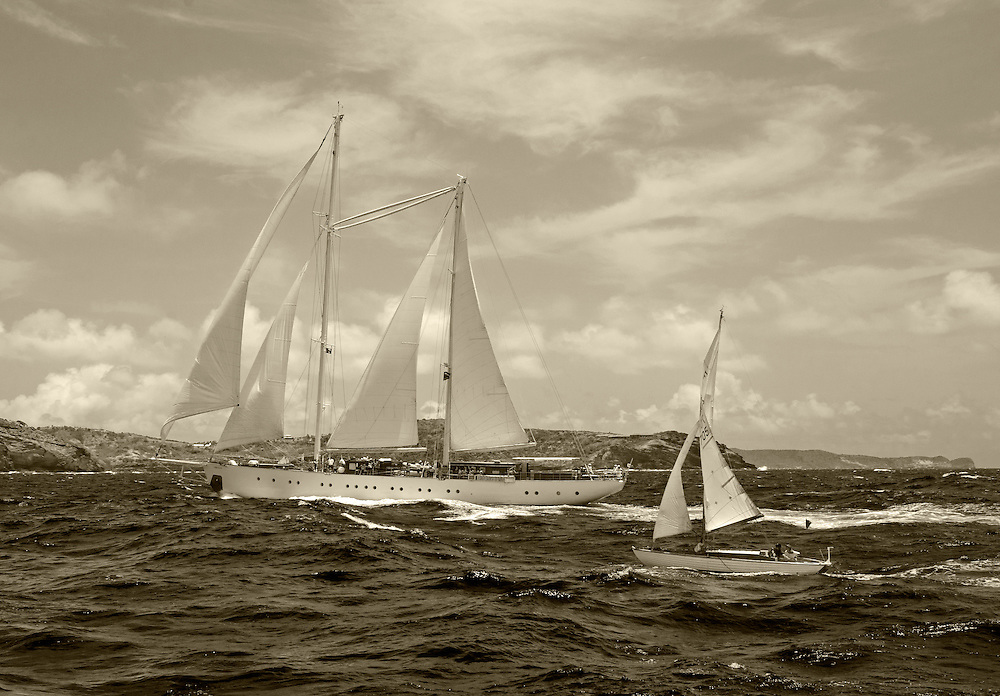