Wheal Trewavas Mine is at Rinsey near Porthleven. Seen in Poldark series. It is on the southern end of the granite outcrop known as the Godolphin-Tregonning Granite

1834 Wheal Trewavas opened. A plan of the time shows four copper lodes and one tin lode. The south east copper lode continued out under the sea and a small pumping engine and a steam whim were built on the south lode. Ore was carried to the cliff top by a horse whim. The sett of Wheal Trewavas contains four main copper lodes running generally in a NW-SE direction. They are North Lode; Sowan Way Lode; Trewavas South (or Old) Lode and Nimble Cutter Lode. These are intersected by the Great Tin lode running east to west across them. A pumping engine was installed on Old Engine shaft working the Old (South) Lode.

1838 a new pumping engine house housing a 45-inch cylinder was erected a few hundred metres to the east -on slightly higher ground - over New Engine (or Rogers') shaft.

1846 Wheal Trewavas closed. There was a suspicion that the dividends were being paid out of bank overdrafts.

1840's the mine employed around 200 people in mining and ancillary trades at Wheal Trewavas. A new shaft was sunk on the eastern section of the sett with a 70-inch pumping engine replacing the smaller engine on New Engine Shaft. This new shaft known as Diagonal shaft reached a depth of nearly 600 feet in the mid 1840'sl. It is known to have employed about 160 people around about this time.

In the years Wheal Trewavas was in operation it produced over £100,000 worth of copper ore.

The two engine houses still exist as the remains of Wheal Trewavas A circular flat area beyond the boiler house is one of Cornwall’s best surviving ‘manual capstan plats’ and it is regularly used by helicopter pilots from Culdrose for landing practice. 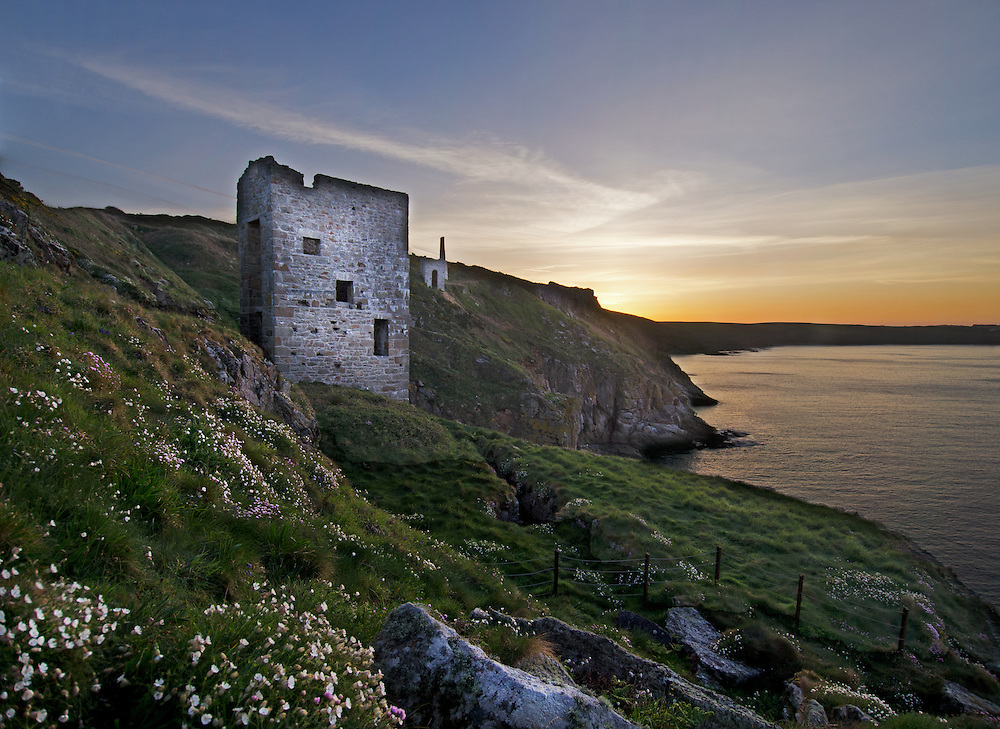