Walking down from Logan's Rock, Perranuthnoe.

The Logan Rock (Cornish: Men Omborth, meaning balanced stone) near the village of Treen in Cornwall, England, UK, is an example of a logan or rocking stone. Although it weighs some 80 tons, it was dislodged in 1824 by a group of British seamen, intent on showing what the Navy could do. However following complaints from local residents for whom the rock had become a tourist attraction and source of income, the seamen were forced to restore it. 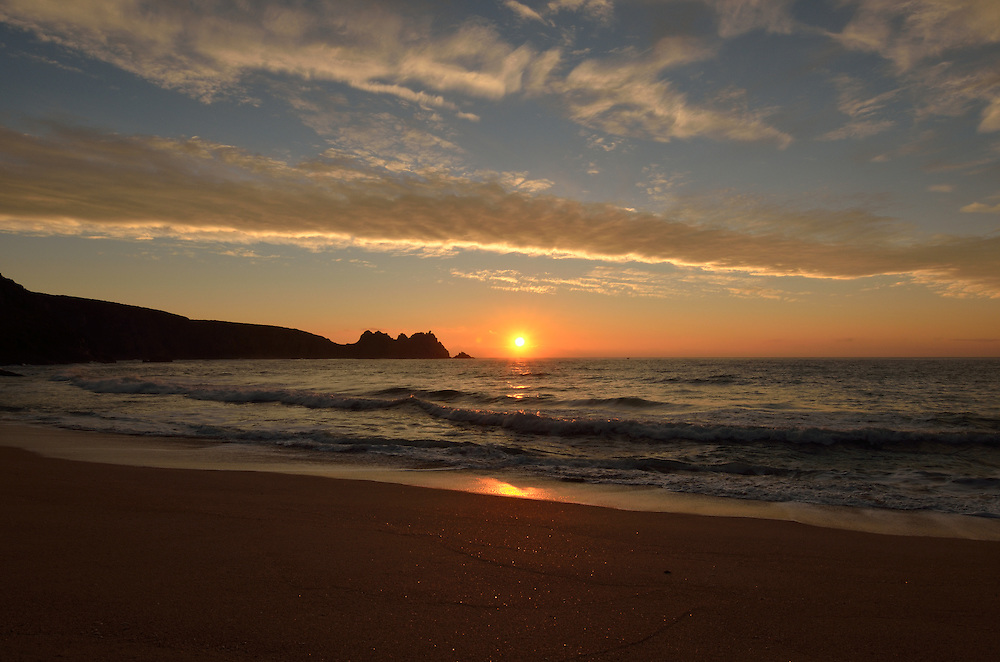