INEOS Rebels UK - 2018
INEOS Rebels UK logo
Some of the UK’s hottest sailing talent is set to race under the British flag in 2018 as an impressive new team of ambitious sailors steps up to the plate. Three-time Extreme Sailing Series™ champion Leigh McMillan returns to the circuit as helm for INEOS Rebels UK, hoping to draw on his extensive experience of the Series to propel his team of young pros to victory.

Will Alloway takes on the role of skipper and trimmer for 2018, competing in his third year on the Extreme Sailing Series scene. Fellow Brit Adam Kay also returns to the fray, gunning for a podium finish following two seasons competing in the Series in 2016 and 2017. The pair are accompanied by Oli Greber on the bow and Mark Spearman on the mainsail – both boasting prior Extreme Sailing Series experience.

Young guns learning from their experienced helm, the Brits are strong contenders and the podium is well within reach. These boys are a force to be reckoned with. 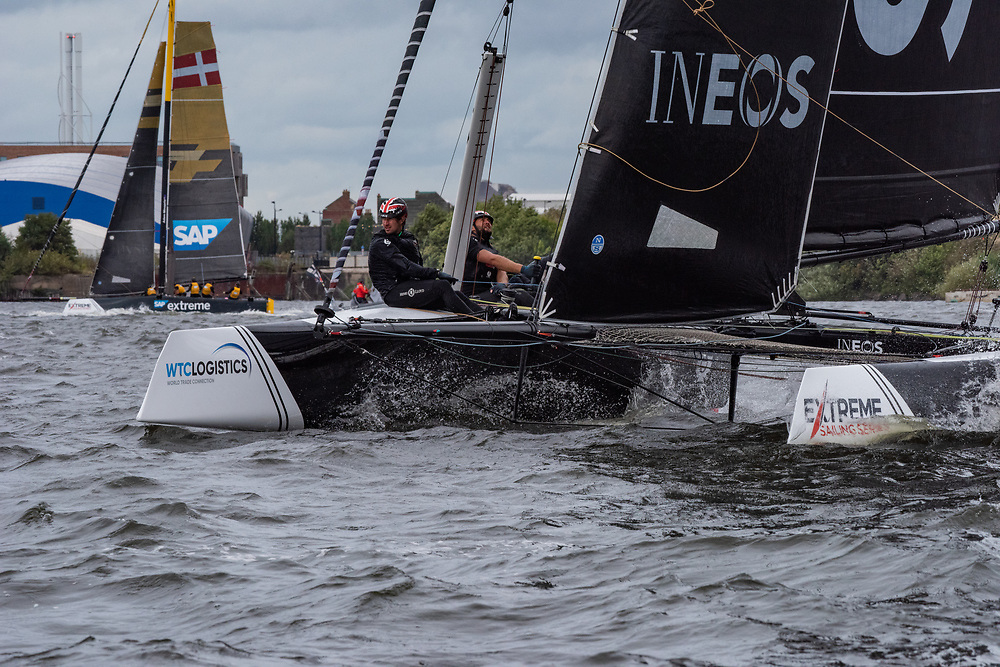