Team Wales - 2018 (GBR)
Crewed by a mixture of Welsh and English sailing talent, Team Wales boasts an array of racing accolades, from Olympic campaigns to European and World Championships, with many of the team also having competed on the Extreme Sailing Series circuit in recent years.

Catamaran specialist and Extreme Sailing Series pro Adam Piggott takes up post as skipper, with his sailing skills bolstered by his impressive crew. Headsail trimmer Alain Sign joins the squad from the British Sailing Team, having been part of Team GB at the 2016 Rio Olympics in the 49er class. Mainsail trimmer Martin Evans, from Swansea, comes from a single-handed background in the Laser class, with teammate Gareth Fowler, from Chepstow, having campaigned a number of performance keelboats and has previously raced on the Land Rover Extreme 40. On the bow is Peter McCoy, a Finn sailor and a physical powerhouse, providing the horsepower at the front of the GC32 speed machine. 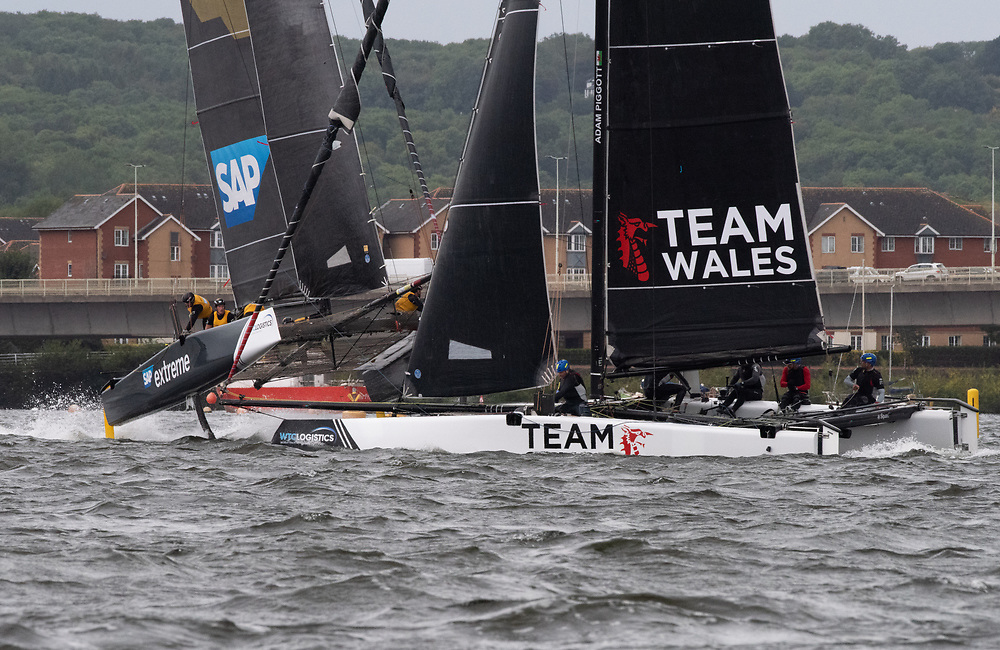