Longships Lighthouse is a navigation aid about 1.25 mi (2.01 km) off the coast of Lands End in Cornwall, England, UK. It stands on Carn Bras, the highest of the Longships islets which rises 39 feet (12 m) above high water level. The lighthouse has been unmanned since 1988.

The original tower was built in 1795 to the design of Trinity House architect Samuel Wyatt. The lantern was 79 feet (24 m) above sea level but very high seas obscured its light.
In 1869 Trinity House began constructing a replacement. The building of the present granite tower used much of the equipment that had previously been used in the construction of the Wolf Rock Lighthouse. The tower was first lit in December 1873 having cost £43,870 to build. Even after these improvements, the S.S. Bluejacket was wrecked on rocks near the lighthouse on a clear night in 1898, nearly demolishing the lighthouse in the process. 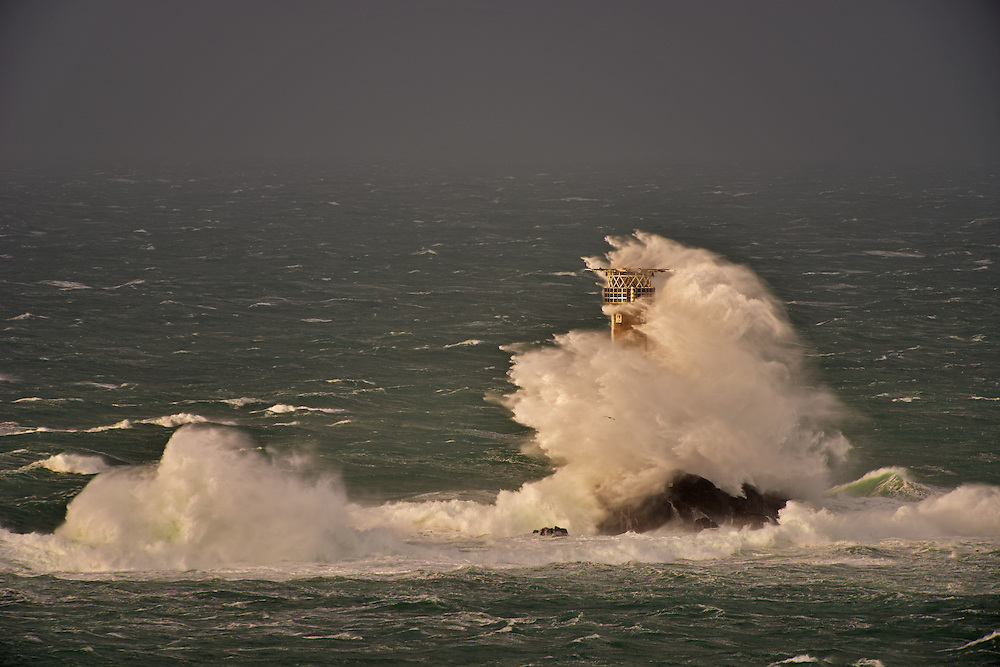