St Ives as the harbour empties in the sunrise, Cornwall. 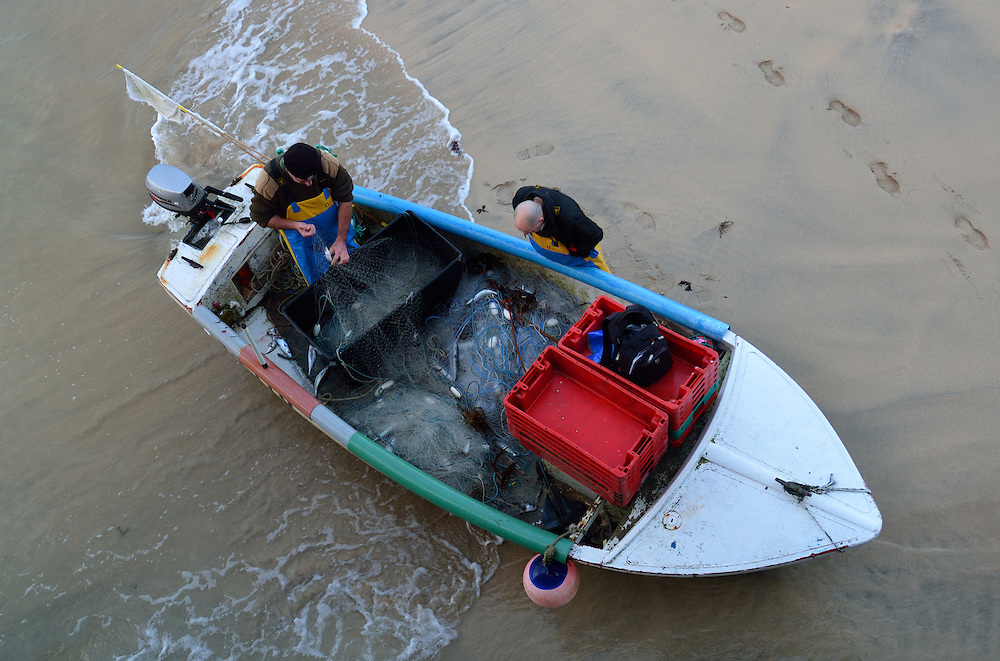