Crop to show detail of image.

Very large panorama of Ronda (Spanish pronunciation: [ˈronda]) is a city in the Spanish province of Málaga. It is located about 100 kilometres (62 mi) west of the city of Málaga, within the autonomous community of Andalusia. Its population is approximately 35,000 inhabitants.
Around the city are remains of prehistoric settlements dating to the Neolithic Age, including the rock paintings of Cueva de la Pileta. Ronda was however first settled by the early Celts, who, in the 6th century BC called it Arunda. Later Phoenician settlers established themselves nearby to found Acinipo, known locally as Ronda la Vieja, Arunda or Old Ronda. The current Ronda is however of Roman origins,[1] having been founded as a fortified post in the Second Punic War, by Scipio Africanus. Ronda received the title of city at the time of Julius Caesar.
In the 5th century AD Ronda was conquered by the Suebi, led by Rechila, being reconquered in the following century by the Eastern Roman Empire, under whose rule Acinipo was abandoned. Later the Visigoth king Leovigild captured the city. Ronda was part of the Visigoth realm until 713, when it fell to the Arabs, who named it Hisn Ar-Rundah ("Castle of Rundah") and made it the capital of the Takurunna province. 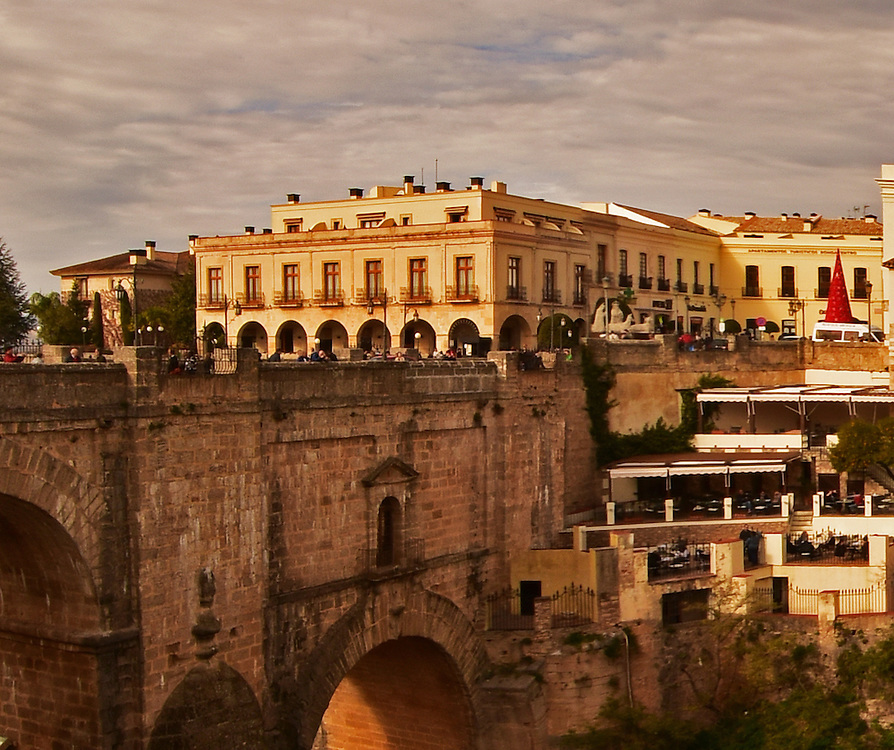